You are here: Home › Uncategorized › Getting started with Zen Tooloworks CNC

Hello! My name is Alex!

In my first blog post, I will be going over the basics of how to control a Zen Toolworks CNC machine with Autodesk Fusion 360 and grbl software.  Both of these programs are free, and can be downloaded from these links: Fusion 360, Grbl

This is my first project, so I’ve included the issues  that I found in the hopes that you will learn from them and  not repeat my mistakes. 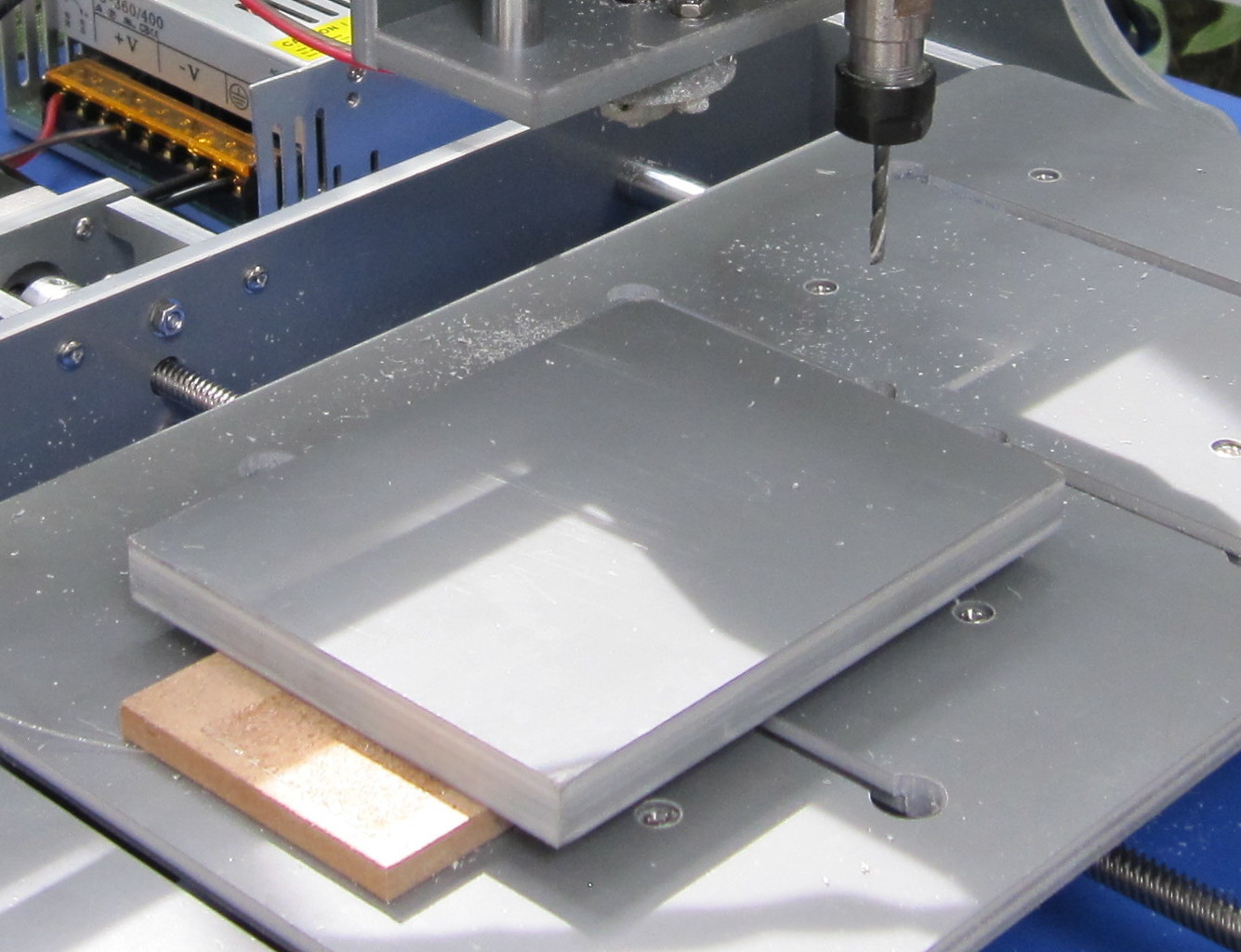 Originally, I was using a set up like this one to support the material. Later, I completely covered the tray with a thin piece of wood in order to fully stabilize the PVC material.

4. Put the correct bit into the machine. I used a 1/8 inch endmill bit.  This bit must match the bit used in the design process above. 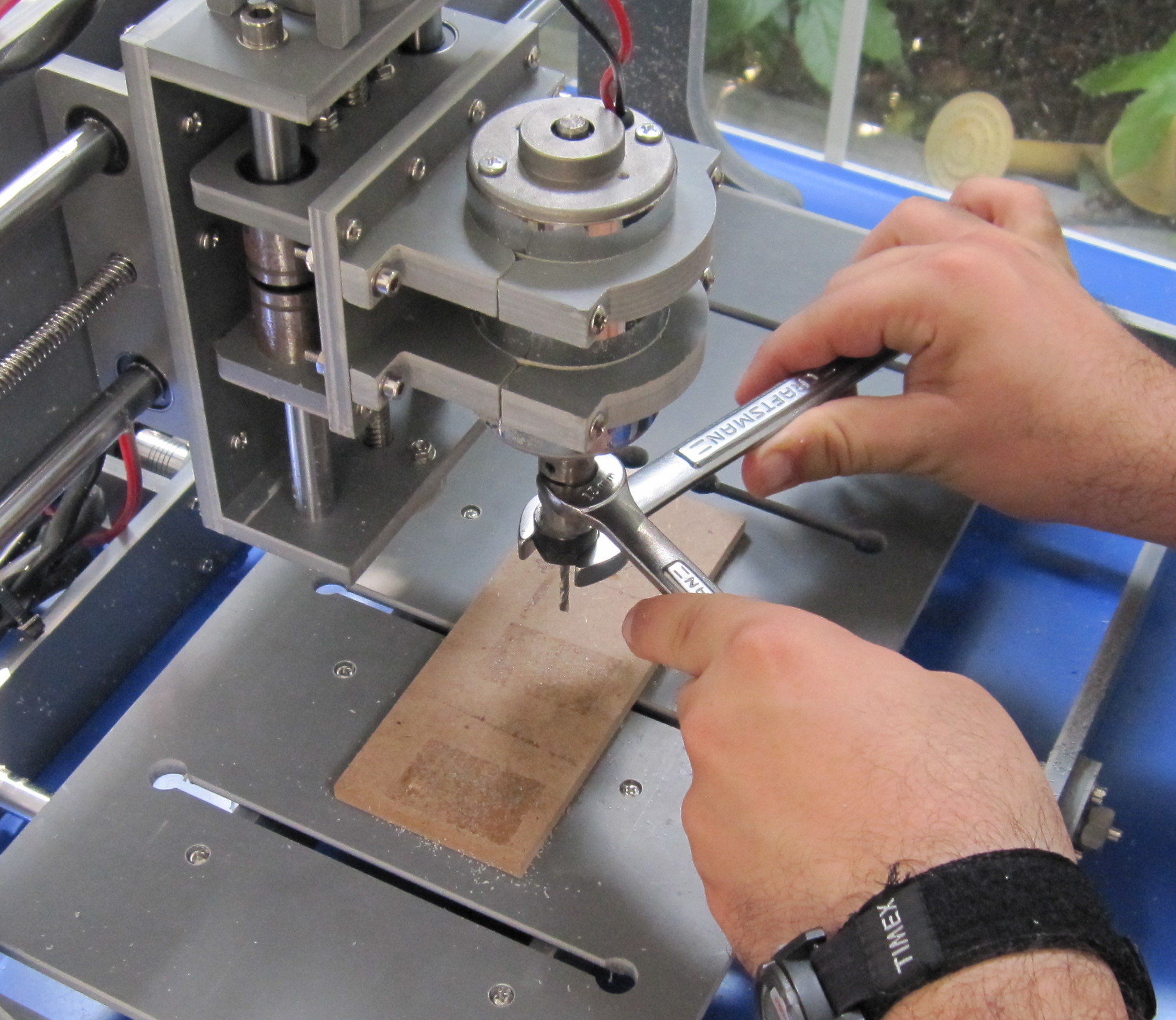 It is very important to tighten the bit well so that the it will not slip as the machine is cutting.

5. In the Gcode Sender program, select the appropriate COM port on the upper left of the screen. Under “Baud” select 115200 and press “Connect”.

6. Go to the “Machine Control” tab and, using the control buttons on the right of the screen, position the bit directly over the origin point on the material you are cutting. The origin point can be found on the design in Fusion 360. 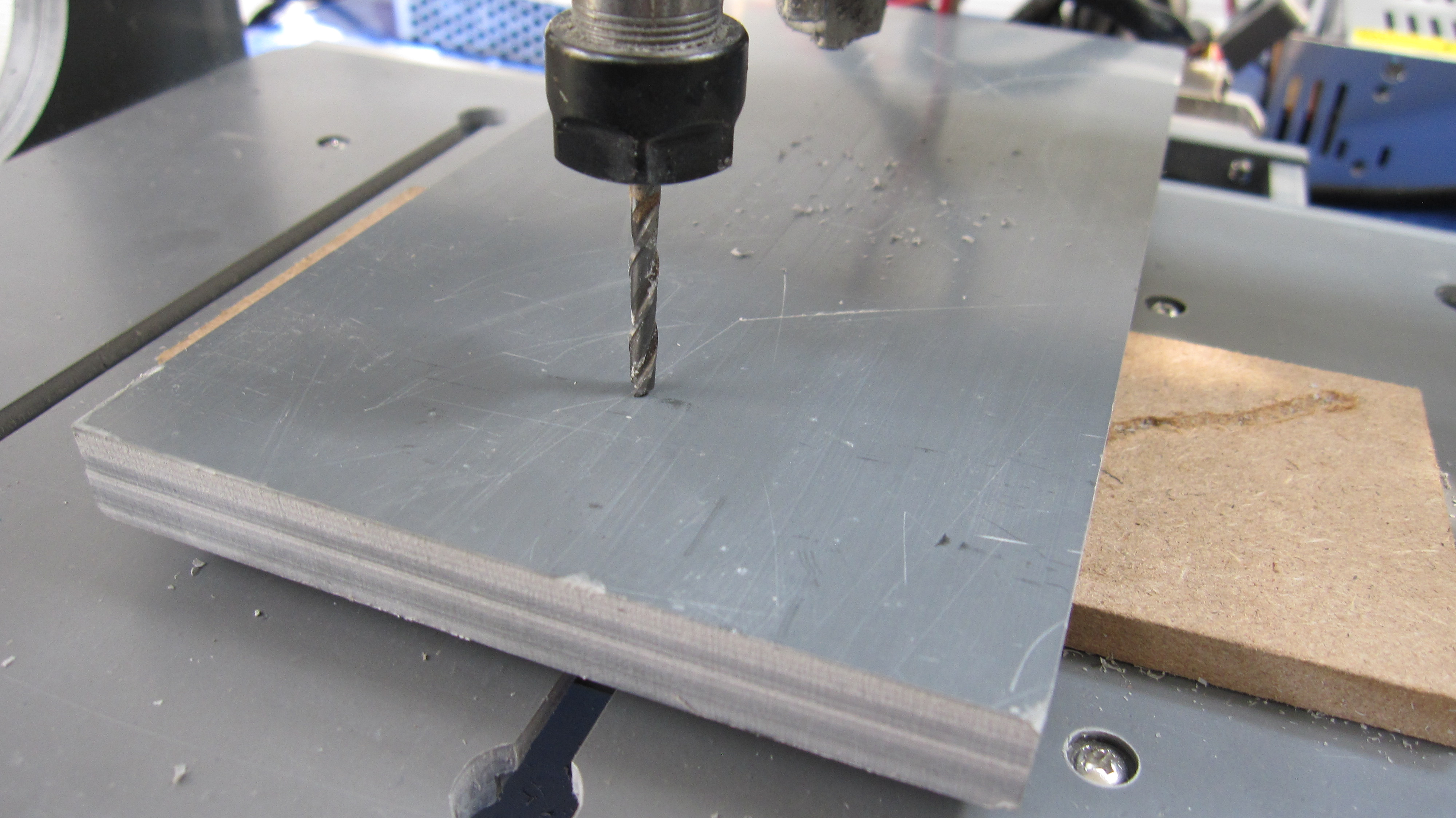 Make sure that the tip of the bit is barely touching the surface of the material, but is not pushing through it.

7. Press “Reset Zero” in the Gcode Sender program to set the origin for the CNC machine. This is a VERY important step. I learned this the hard way on my first attempt to fabricate a design.

8. Power on the CNC machine’s spindle motor by plugging it in.

9. Now go to the “File mode” tab for the Gcode Sender, click “Browse”, and select the file for the facing path that was created above.

11. After the facing is complete, repeat the process for the pocket and bore tool paths, and finally the contour cut. 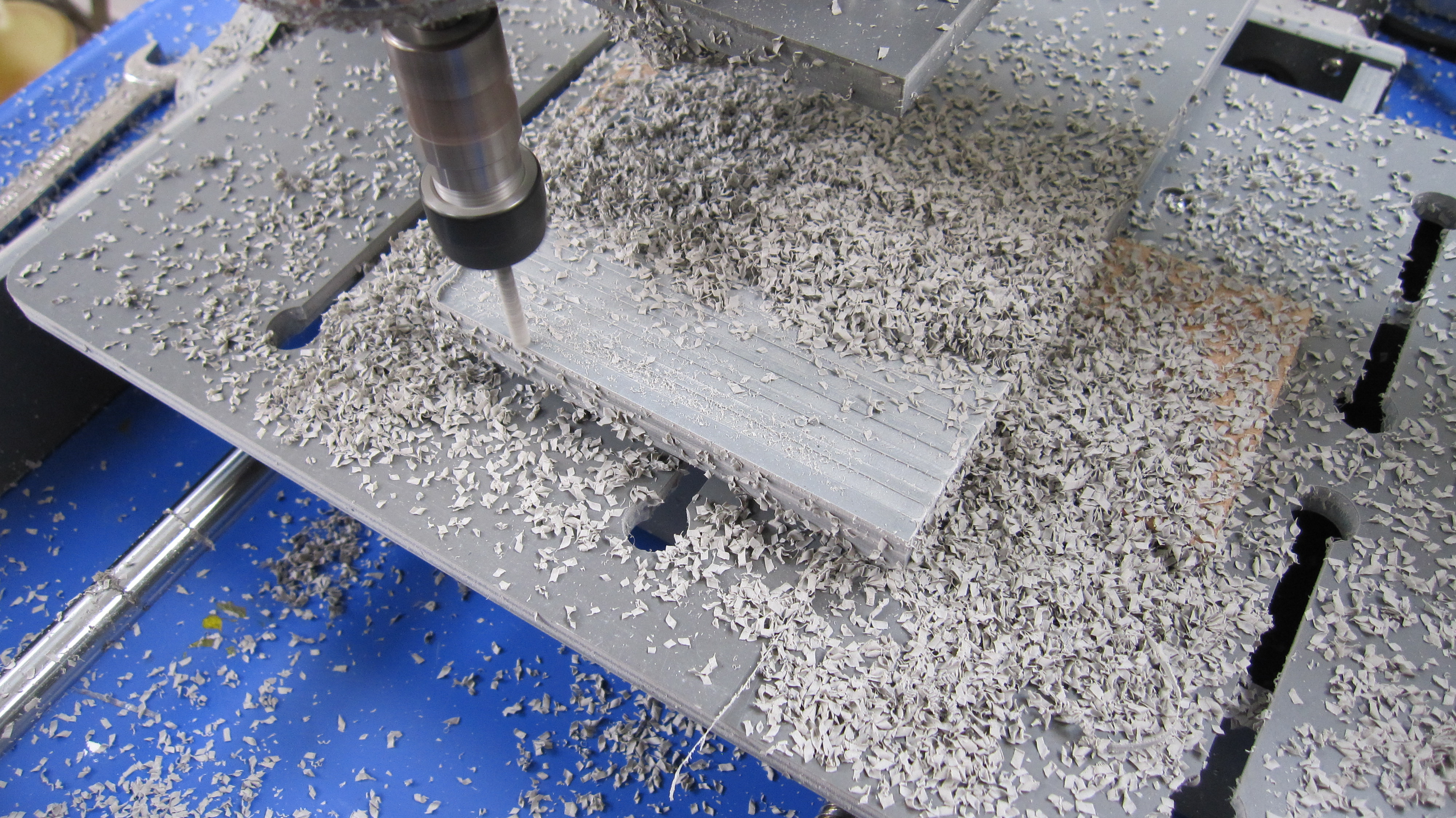 This is a picture of my first facing run. If you notice that substantial ridges were created between passes, such as in this picture, it is because you put too large of a step over in your tool path.

12. Clean off the edges and you have the completed product. 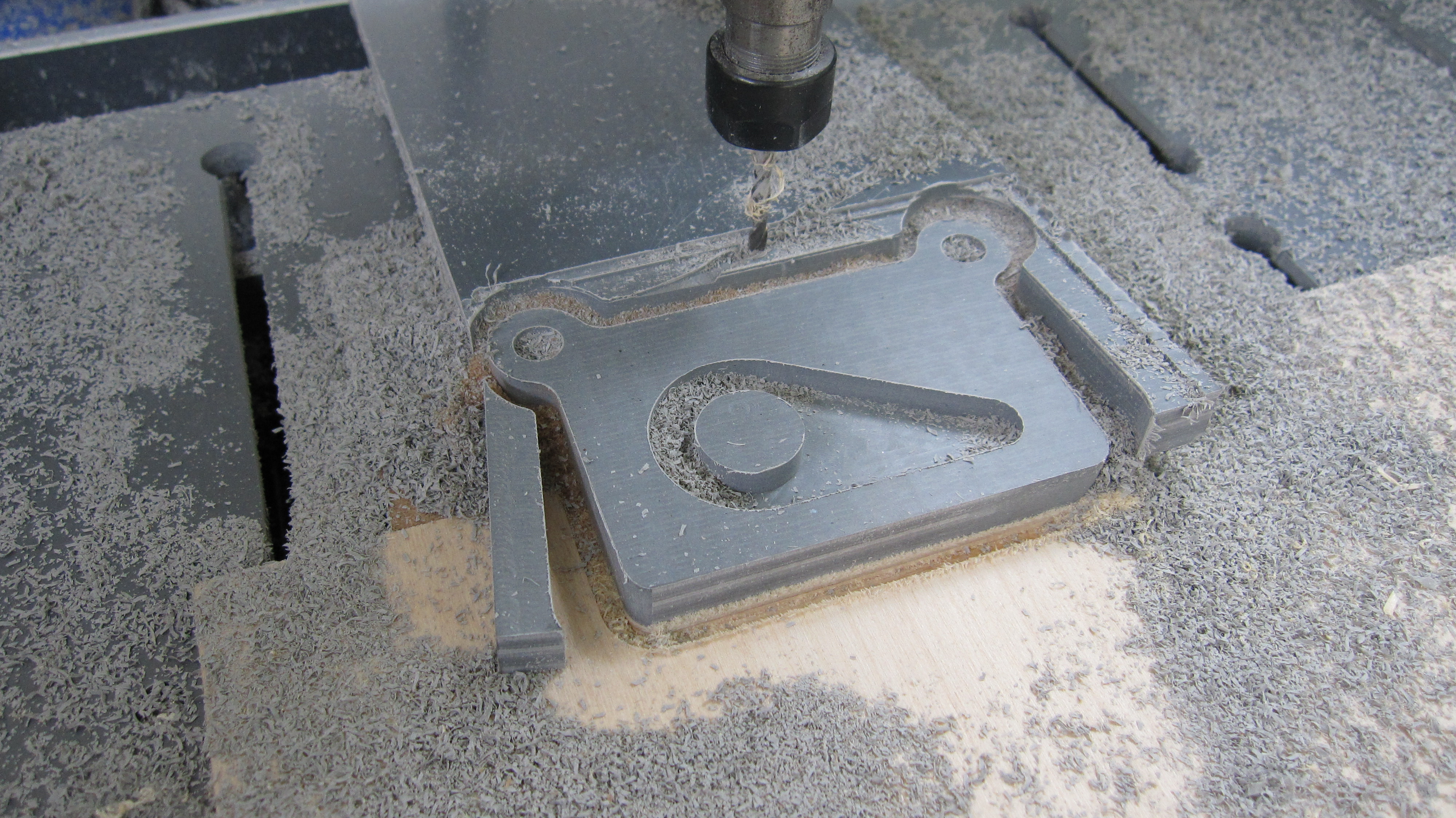 Make sure that you go a little past the bottom of the material so that there are no lips left over. 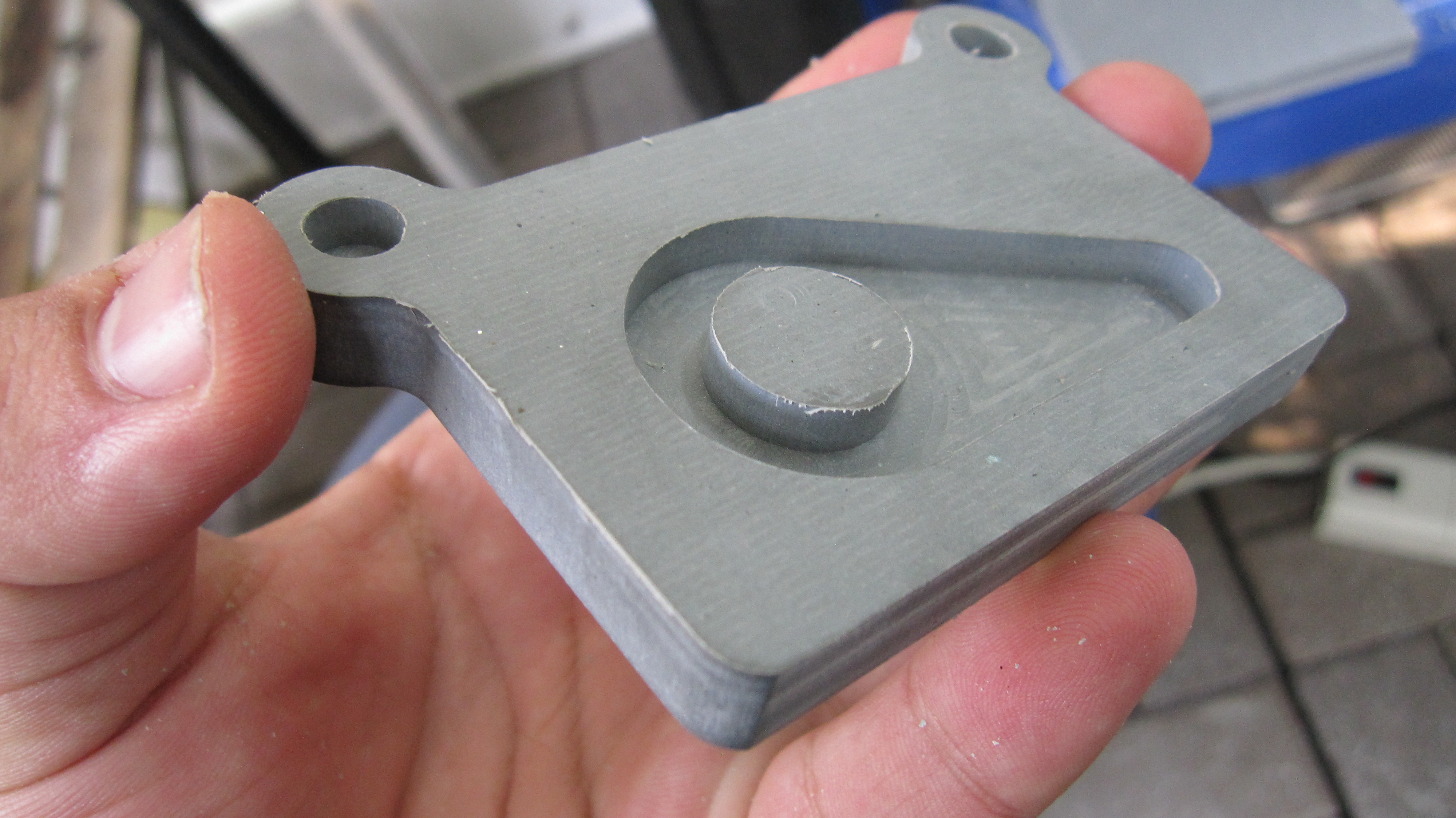 View all posts by Alex Colello →